Is chemistry key when hiring your next C-suite leader?

In 2017, Cass Business School, University of London, published the results of their research into why some people fail to make the right impression in high pressure situations, such as job interviews. They described the dilemma as one of ‘impression mismanagement’ – a term that could be equally applied both to candidates and the employers seeking to attract their services. So, to what extent is personal chemistry an influencing factor when it comes to hiring for the senior executive team?

For the best part of a decade, the HR lexicon has been dominated by ‘people analytics’ – the way in which employers collect data on their employees to better manage and understand them. It has become mainstream, so much so that today 70% of organisations use people analytics. Yet few seem to really know how to get the most from them.

Indeed, only 9% of businesses claim to truly understand which insights determine performance, according to Deloitte. There are a number of ideas as to why this may be the case, but my inclination is this: it comes down to the way the data is being interpreted.

“70% of organisations use people analytics. Yet few seem to really know how to get the most from them.”

In other words, people analytics tends to focus on an individual’s skills and traits rather than their personalities or the way in which they engage- and the relationships they have- with their colleagues, regardless of what level they are in the organogram. It is the ‘chemistry’ element that is so often missed in the data – something that researchers at University of Santa Barbara and Northwestern have termed ‘relational analytics’.

During the search and selection process, an executive search firm will undertake a series of checks and balances by which they benchmark prospective candidates against the specific requirements of the client. Pivotal to this process is the ‘getting to know’ the candidate.

In practice, this involves determining if their personality will be the right ‘fit’ from a cultural perspective for the hiring organisation. If there is a mismatch, the process simply stops. After all, a CV is nothing more than a marketing document with the single purpose of securing an interview. But the only way to mitigate the risk of a bad hire is to understand the individual – their character, motivations and aspirations – as much as what they can bring to the table in terms of positively impacting the bottom line.

This is not to suggest that people analytics doesn’t have a place when recruiting for the C-suite. It does. In fact, Deloitte’s research found that those who maximise its potential enjoy 82% higher profits over a three-year period than those who don’t. However, the element of relational analytics is just as, if not more, important; it enables the senior executive team to identify those who are the doers, influencers, creators, connectors, disseminators, risk-takers and protectors. They are the game-changers.

“But the only way to mitigate the risk of a bad hire is to understand the individual – their character, motivations and aspirations – as much as what they can bring to the table in terms of positively impacting the bottom line.”

For some, this is a utopian ideal. With pressure from investors to scale, many fast-growth tech organisations are compelled to sacrifice ‘smart’ hiring and achieving cultural fit in favour of bringing in a safe pair of hands. This obviously has mixed success – it can work in the short term to satisfy stakeholder interests, but the individual brought in might not be the right person over the longer term. Either way, to get their interest in the first place, the organisation needs to know how to ‘sell’ itself.

This is perhaps easier said than done, given that we are operating in what is unquestionably the most competitive hiring market in the world. We know that investment in the London tech sector over the last 12 months is double that of its nearest rival, Berlin. It’s appeal as a destination of choice- both for investors and talent – remains high, for now at least. However, Brexit is already having an impact, albeit a relatively minor one.

Indeed, research conducted by PitchBook has found that both the German capital and Paris have gained ground on London. As a result, we are beginning to see the proverbial war for talent enter its most challenging phase. But this is a winnable war.

To ensure they end up on the winning side, organisations need to ditch the hyperbole and identikit adverts that do little to differentiate themselves from other tech companies. Rather, the focus should be on promoting their culture and addressing the what’s-in-it-for-you factor. While a company can employ the best copywriters to make them look great on paper, it means little if the candidate doesn’t buy in to its culture and the CEO themselves.

For instance, if the business is at an early stage, the people coming on board will need to recognise that theirs is a role that may carry the title of ‘executive’ but they are very much a Jack of all trades. Tien Tzuo, founder and CEO of Zuora, a cloud-based pioneer of the subscription economy, sums this up beautifully. He says: “We’re like an unfinished house. Any new employee is going to have to live in an unfurnished house. They’ll walk into the bathroom and see there’s no shower; they either complain about it, or they join in and start building.”

It is a cliché, but true nonetheless: people really do buy from people. Without the right people in the right roles at the right time, no amount of VC capital or investment will enable the organisation to scale and reach its full potential. Recruiting for the C-suite is a science – one that is based on the relationships people have with one another. 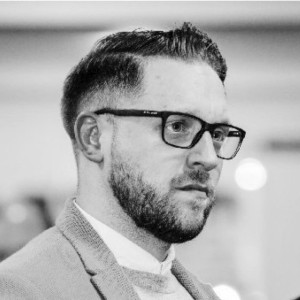 Ryan is a Partner at 360Leaders. He builds long term partnerships with early stage founders and VC’s across the technology eco-system. Partnering with disruptive brands across the SaaS, Mobile, eCommerce and Healthtech categories, he has collaborated with brands across the Americas, Asia Pacific and EMEA to find the right executive leadership to drive growth. Click here to access Ryan's profile or click on the button below for more articles. Want to get in touch? Email [email protected] 360Leaders are Executive Search specialists in technology with offices in London, Stockholm and Oslo. The firm focuses on providing impactful placements for C-Level and senior positions including CEOs, COOs, CCOs, CMOs, GMs, and VPs.
More from this Author