Sweden and the global tech market

What can we learn from this country’s success when it comes to building new markets within Europe?

In 2018, the company that transformed the music industry went public at a valuation of $29 billion. Having launched their streaming service in 2008, Spotify had gone from an ambitious Swedish start-up to a platform boasting over 170m active users in the space of a decade before making its debut on the New York Stock Exchange.

Several weeks later, payments processing company iZettle was bought by Paypal for $2.2 billion – its biggest-ever acquisition. The takeover came less than three weeks after iZettle said it would list shares in Stockholm.

Yet, Spotify and iZettle are just two success stories of the many that have cemented Sweden’s reputation as the start-up capital of Europe. Today, Stockholm produces more billion-dollar companies per capita than any other region in the world after Silicon Valley. The question is, what is powering the growth of Sweden’s start-up economy?

An international focus from the start

If there were a secret Swedish formula to success, every start-up founder would be fighting to get their hands on it – however, there are certain characteristics of these rampantly successful Swedish companies that have aided them in making their mark in Europe and the wider global tech market.

Of course, this is unsurprising given the small nature of the Swedish market. As a result of its size, any ambitious start-up in Sweden will share the goal of global expansion as it is simply the next logical frontier in their growth strategy.

A strong IT infrastructure backed by government incentives

Having processed an incredible €3.2 billion in transactions in 2016, a perfect example of this approach is payment start-up Trustly, who recently emerged as a leader in the international FinTech scene. Their CEO, Oscar Berglund, attributes Sweden’s place at the front of the FinTech race to key government incentives to create a strong IT infrastructure as well as the level of trust their culture has for the finance sector:

“Back in the ‘90s, the Swedish government offered tax breaks for citizens to buy home computers, which led to high PC penetration and computer literacy,” he said in a recent interview with Forbes.

”That bred a tech-savvy generation and one that’s very open-minded when it comes to new technologies and products. Compound that with the fact that Swedes have high trust in their banks, and you’ve got a perfect ecosystem for a FinTech boom.”

With a government committed to ensuring a digitally mature population, Sweden has enjoyed consistent investment in IT infrastructure and education. The result has been a nationwide acceleration into the digital age: today, the Internet in Sweden is used by 94% of the population, the fourth-highest usage rate in the world. This highly connected environment makes for favourable grounds for a thriving tech sector.

According to Sebastian Siemiatkowski, CEO and Co-founder of Swedish FinTech company Klarna, there are other factors that make for a successful Swedish start-up – namely, a relentless focus on consumer experience continues to drive growth and profitability.

Today, Klarna is partnering with 130,000 merchants across verticals, with over 25,000 newly added in 2018. On any given day, there is now an average of 1 million transactions running on the platform.

Their secret? A strategy that puts consumers, merchants and products first no matter what. In a recent press release, Siemiatkowski cited Klarna’s focus on the customer experience and how they stretched this beyond the transaction itself to make a name for themselves in the market. Of course, it helps when former entrepreneurs reinvest capital and knowledge back into the start-up ecosystem. In the case of Klarna, investment from Skype and Atomico Founder Niklas Zennstrom played a key role in their early growth.

In 2006, Zennström founded the venture capital firm, Atomico, to help entrepreneurs, primarily from Europe, to scale their businesses globally. Today, the voice-over-Internet-protocol (VoIP) service known as Skype that Zennstrom founded three years prior is used by 300 million people around the world – but the company came from humble beginnings. And, according to Zennström, it wasn’t just the economic climate in Sweden that allowed the company to grow as it did:

“Sweden is punching way above its weight with great companies in terms of quality. We are not so hierarchical, we like to be pragmatic. It’s a culture that’s suitable for creative-ism and for getting companies off the ground,”

Leaders who surround themselves with talent

Fostering an environment that acts as a foundation for creativity is something that Swedish businesses do well, and Zennström believes part of Skype’s success can be attributed to team management:

“Don’t be afraid of hiring people smarter than yourself,” he said.

“Insecure people hire people who are less intelligent, and that just creates more work. Those who are comfortable with themselves aren’t insecure about not being the smartest, and so can succeed by leading the way.”

This school of thought is one which Swedish leaders should undoubtedly subscribe to; the ability to be vulnerable and recognise one’s own blind spots is an increasingly critical component for any ambitious leader – especially when looking to scale to new markets.

A key player in the global tech market

It’s not for nothing that Sweden has honed its reputation as a tech powerhouse to rival Silicon Valley. With an entrepreneurial culture born from a healthy stream of government investment into infrastructure and education, Sweden’s crown as an incubator for global market leaders is set to continue. Though the market may be small, an international mindset coupled with a commitment to digital maturity has seen Sweden far surpass expectations and become a key player in the global tech scene.

While there is no silver bullet strategy for scale-up success, leaders looking to expand to new markets would be wise to take inspiration from the Swedish brands who have put the country on the map for entrepreneurship and innovation. 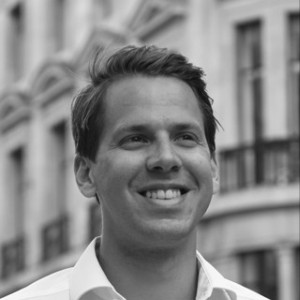 Jonas is currently heading the 360Leaders Nordic office in Stockholm. He works closely with the Nordics most prominent tech businesses, helping them to grow both on local and international markets. Click here to access Jonas' profile or click on the button below for more articles. Want to get in touch? Email [email protected] 360Leaders are Executive Search specialists in technology with offices in London, Stockholm and Oslo. The firm focuses on providing impactful placements for C-Level and senior positions including CEOs, COOs, CCOs, CMOs, GMs, and VPs.
More from this Author