Why most diversity programmes fail

There’s no doubt that technology has a powerful impact on society today. Nearly half (45.12 per cent) of the world’s population owns a smartphone, and increasingly, we live within an ever-connected world – using devices that collect and share data to enhance the way we shop, bank, work and even monitor our health.

Devices and services we rely on, have a huge part to play in shaping our customs and culture. Unfortunately, not everyone is granted a seat at the table to effectively influence this. When it comes to inclusivity, the technology sector fails to represent wider socio-economic, ethnicities and genders, lagging behind the FTSE100 and the wider economy on diversity representation.

Just five years ago, some of tech’s biggest names in Silicon Valley began releasing diversity reports detailing the demographics of their workforce in a bid to incentivise change. At Google and Microsoft, the number of technical employees (coders, engineers and data scientists) who are black or Latinx has risen by less than a percentage point since 2014,. Despite some movement in gender diversity for the better, technology as an industry, is still far from reaching gender parity. This lack of ethnic and gender diversity carries with it a major opportunity cost, both for tech companies, the sector and the economy.

Lesley Miley, a former Engineering Manager at Twitter, describes diversity initiatives as a “thankless job”: “You’re criticized by people for not doing enough, criticized by people for trying to do too much.” While some companies are just paying lip service to the idea, others are genuinely grappling with the need to be more inclusive. The more you look at it, the more complex it appears, but what really makes a difference when rolling out a successful diversity initiative?

Do people who undergo training usually change their biases? Researchers have been examining this question in nearly a thousand studies. It turns out that while people are easily taught to respond correctly to a questionnaire about bias, they soon forget the right answers. The positive effects of diversity training rarely last beyond a day or two, and a number of studies suggest that it can activate bias or spark a backlash. Nonetheless, nearly half of midsize companies use it, as do nearly all FTSE100.

Many introduce compulsory diversity training and hiring targets, but experts note that this approach rarely helps people to shed biases which are either unconscious or shaped by a lifetime of experiences.

It’s important to remember that changing organisational culture is one of the most difficult tasks you’re likely to face. A more effective way is to engage in what Forbes writer, Steve Denning, calls ‘leadership storytelling’. Successful diversity programmes should clearly state progression aims, with the aim of getting all employees to buy into the journey.

Motivating managers to embrace inclusivity can be a huge challenge. Some can feel as though they’re, simply, ‘doing nothing wrong’ in the way that they hire, manage and invest.

For that reason, diversity initiatives should be born from within the organisation and built from the bottom up. Allowing employees to champion change within their organisation will achieve better results.

Writing in the Harvard Business Review, academics Frank Dobbin and Alexandra Kalev, say that they’ve seen companies ‘get better results’ when they ease up on control tactics. “It’s more effective to engage managers in solving the problem, increase their on-the-job contact with female and minority workers, and promote social accountability” rather than request a manager to attend compulsory diversity training.” These comments are evidenced by further studies, which show that if people aren’t willing to take part, the process can leave them feeling defensive, defeated or even angry causing diversity initiatives to fail.

Since 2015, The Race at Work 2018 scorecard report highlighted that there was a drop in the percentage of managers with performance objectives to promote equality. In addition, it highlighted that Black, Asian and Minority Ethnic (BAME) managers were more likely to have a performance objective to promote diversity and inclusion than white managers. It’s vital to recognise that not all diverse people will be passionate about this subject. Therefore, pushing this subject as a key objective for BAME people, is as biased as ignoring it.

Companies need diversity. There’s no doubt about it – diverse organisations perform better. McKinsey and Co recently presented research highlighting that firms in the top quartile for gender diversity are 21 percent more likely to enjoy above-average profitability than companies in the bottom quartile. Hiring to address the imbalance seems to be the logical conclusion, but this is said to cause further issues for internal staff who may see token hires in new recruits. This can highlight leaders’ gender and racial differences and subsequently create negative stereotypes of perceived incompetence which can negatively impact their careers.

On top of this, a study by the Boston Consulting Group (BCG) recently found that despite 98 per cent of companies surveyed having diversity programs, only a quarter of employees in diverse groups said they personally benefited from them.

Hiring initiatives alone are only short-term solutions, and that is if they work. It’s thought that 40 per cent of companies now try to fight this with mandatory hiring tests. The idea is that by testing candidates based purely on skillset, this will allow those with the best qualifications for the job to rise to the top.

Technology is increasingly entering the hiring process – from applicant screening software to algorithms which analyse how candidates answer pre-selected questions. Last year, 67 per cent of recruiters, surveyed by LinkedIn, said AI was helping to save them time selecting new employees. However, how reliable is this? A study in America, which built a computer simulation to look for bias in pre-employment tests found that discrepancies were rarely picked up – in many cases these are simply not developed enough.

If we can’t rely on technology, we must accept that hiring tests in themselves can be subject to bias. Research by academic Lauren Rivera, at the Kellogg School of Management, found that hiring tests can actually highlight bias, rather than reduce it. During a series of interviews in which applicants were asked to complete maths questions, hiring teams were more likely to pay attention to mistakes made by women and black candidates, rather than errors made by white men. Unfortunately, because decision-makers chose how to interpret results, the tests amplified bias rather than eliminating it.

Is it acceptable to speak up?

Diversity attracts diversity. It’s something that 67 per cent of job seekers think about when considering their next employment opportunity. For the tech industry, which is often seen as predominately white and male, this has long created a challenge.

Fortunately, this attitude is shifting. Ellen Pao, co-founder at Project Include, who lost a claim of discrimination against her former employer says that whistle-blowers are helping to create a culture where it’s more acceptable to speak up. Speaking to TechCrunch, she said, “Today, so many people have told their stories… now people are admitting it’s a problem.”

However, it’s a challenge that’s ongoing. In America, it’s thought that more and more discrimination cases are being closed before they’re even investigated. And of course, if employees don’t see evidence of an effective grievance system in place, they’re unlikely to speak up. In the UK, more than 25 per cent of workers say they’ve experienced workplace discrimination – a statistic which is leading to the creation of apps like Vault Platform, which is making it easier for people to report workplace incidents.

Without this kind of initiative to change workplace culture, there’s a real danger that managers become complacent. Just because companies aren’t receiving complaints, it doesn’t mean that these challenges don’t exist. An attitude which says ‘we’ve not had any of those problems’ doesn’t encourage others to step forward.

A study by Boston Consulting Group has proved that companies with a more diverse management team have 19 per cent higher revenues. It makes business sense and above all, it’s key if the industry is to continue producing creative, forward-thinking products and services for a wide range of users.

What steps can we take to improve the success of diversity initiatives?

The search goes on 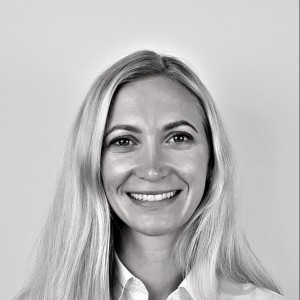 Dove is an experienced Consultant with extensive experience in Executive Search and in-house venture capital. Before joining 360 Leaders, she worked at Odgers Berndtson where she focused on C-Suite executive appointments within financial services and FinTech space. Click here to access Dove's profile or click on the button below for more articles. Want to get in touch? Email [email protected] 360Leaders are Executive Search specialists in technology with offices in London, Stockholm and Oslo. The firm focuses on providing impactful placements for C-Level and senior positions including CEOs, COOs, CCOs, CMOs, GMs, and VPs.
More from this Author