The rise of the fixer COO; a Founder CEO’s new best friend

Founder CEOs come in many different shapes and sizes, but they each have one thing in common: they are inspired by the idea of creating a peerless product or service that meets customers’ needs or desires.

It is this vision and drive which must be allowed to remain unfettered in the early stages of a company’s growth. Having a passion for your product, which is shared by all staff massively increases its chances of survival.

But when the time comes to scale, and the complexities of building a fully functioning business start to take their toll, is the founder CEO still the right person to see it through?

The CEO’s staying power and the ‘rich versus king’ paradox

It has been an unwelcome fact of life for founder CEOs within tech companies that over the past five years the number who remain in situ through the hockey stick curve and goal of a successful exit event has been worryingly small.

“By the time a business enters its fourth year, just 40 per cent of founder CEOs remain in place and when it comes to an IPO, that figure drops to 25 per cent .”

Indeed, research undertaken by Noam Wasserman, a Professor at the USC Marshall School of Business, found that just 50 per cent of founder CEOs were still in place three years after starting the business.

Thereafter, the percentages take a nosedive; by the time a business enters its fourth year, just 40 per cent of founder CEOs remain in place and when it comes to an IPO, that figure drops to 25 per cent.

Research from both Schroders (2017) and Bain & Co (2016) revealed that founder-led businesses outperformed their peers in both sales and return. In a recent study, 360Leaders found that 82% of UK unicorns (private companies valued over $1Bn) still had founder CEOs. So, what’s going on?

Firstly, it is critical to evaluate the role funding and investors have on the leadership of growth tech companies. Whilst VCs have a natural bias to retaining founder CEOs, PE companies tend not to prioritise founder DNA within their portfolio companies.

The point at which the change is ushered in and a ‘professional’ CEO takes over is always decided at Board level, almost entirely on the success of the company to date.

However, as a VC usually invests in companies at earlier stages of their growth cycle and typically takes a much smaller portion than their PE counterparts, they rarely have the majority seat.

Oh, and the founder CEO still tends to retain the casting vote in these companies too.

“If the need to maximise control supersedes the motivation for profit, investors will do one of two things: walk away or challenge the founder CEO to go big or go home.”

However, these businesses still require rapid growth and development. Because the Board is looking for signs of continued progression within the business, they may query whether the founder CEO is prioritising the retention of control of the business over the drive for greater profit and scale.

This is what Wasserman calls the ‘rich versus king’ paradox – a term lifted from Onset Ventures, the Silicon Valley VC firm that coined it. If the need to maximise control supersedes the motivation for profit, investors will do one of two things: walk away or challenge the founder CEO.

So, when a founder CEO is replaced, it is usually subjective – ‘the team has lost confidence in their CEO’, or ‘there is a lack of leadership’. Underlying this is invariably the inability of the founder CEO to recognise that they need to relinquish control and allow their ‘baby’ to grow. However, there is also the time factor, or lack of.

Most founding CEOs of tech companies bemoan the enormous amount of time that is taken up by seeking and closing of funding rounds, as opposed to implementing them.

This is when problems can arise. As the business scales, so do the demands placed on the founder CEO, whose leadership and management skills will be tested to their limits. Yet increasingly few tech founders have ever been a CEO or even held a senior role – as per Green, Silverman, Käärmann et al.

While the business may have started with the aim of disrupting their space, now the founder must lead on the business’s people (talent) strategy, systems (infrastructure) and processes (operations). Few have much experience in these things and even less have an appetite for them either.

Of course, this isn’t the case for all founder CEOs but the point is that committing so much of their time to working in the business, less time is invested working on it. As such, many don’t fully realise their own individual potential and aptitude for successfully navigating the growth phase of their own company.

Therefore, it is important for the founder CEO to closely align themselves with the Board – to identify those with the capabilities that will be required to take the business further. Put another way, the traits needed to launch and build a product or service differ to those that will enable it to expand and scale. But this isn’t a bad thing – take Reid Hoffman as a case in point. In an interview with Business Insider, the LinkedIn founder said:

“… as we scaled from a handful of people in my living room to dozens of people at an office, I saw the job of the CEO shifting. At 50 people and beyond, a CEO increasingly must focus on process and organisation.”

So, should the question shift from whether the founder CEO should move aside to when they need to be replaced? The answer is yes, and no.

Rise of the fixer COO

Rather than stepping aside in favour of a ‘professional’ CEO – one who has experience in taking businesses to the next level – founders, upon approval from the Board, are drafting in what many refer to as ‘a fixer’ – also known as a COO.

By delegating the operational function to someone whose expertise complements that of the CEO, the latter is then free to execute the mission that will drive the businesses closer to achieving its vision.

Theirs is a relationship that is perhaps the most critical within the C-suite. The COO works across all functions to deliver on the organisations’ strategic objectives, and while certain functions will cross over with those of the CEO, the rapport between the two needs to be such that the transition of control from one to the other is seamless. Think Zuckerburg & Sandberg.

Hoffman argues that if a founder CEO is not the right person to scale the business, they probably already know. In which case, they should step aside and focus on securing a successor before the matter becomes forced upon them.

Alternatively, the CEO must back themselves and recruit complementary leadership skills, providing essential day-to-day decision-making which allows the company to develop in line with the Board’s appetite and expectations. 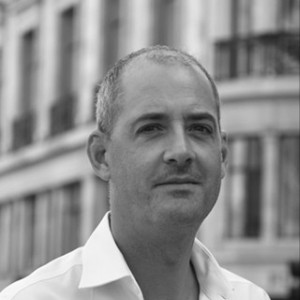 Jerry is a Director and Co-Founder at 360Leaders. Jerry has over 20 years experience driving tech talent across the US, EMEA and South-East Asia. He is passionate about delivering critical leadership hires for some of the fastest growing companies in the global tech sector. When outside the office he can be found exploring British countryside while discussing the latest tech trends. Click here to access Jerry's profile or click on the button below for more articles. Want to get in touch? Email [email protected] 360Leaders are Executive Search specialists in technology with offices in London, Stockholm and Oslo. The firm focuses on providing impactful placements for C-Level and senior positions including CEOs, COOs, CCOs, CMOs, GMs, and VPs.
More from this Author