Ensuring equal opportunities for all may be a shared goal of every sound-minded manager in 2019, but some may feel that establishing quotas can be counterproductive – a box-ticking exercise that will aid in boosting numbers rather than changing cultural perspectives.

In spite of this, even though strides have been made with diversity and inclusion awareness as a society to tackle inequality in the workplace; diversity remains an issue that many companies continue to struggle with. Perhaps the main reason for this is uncertainty as to the best approach to achieve true diversity.

Ensuring equal opportunities for all may be a shared goal of every sound-minded manager in 2019, but some may feel that establishing quotas can be counterproductive – a box-ticking exercise that will aid in boosting numbers rather than changing cultural perspectives. Avoiding direct investment into diversity initiatives is arguably a case of wishful thinking: if we wait for the tides to change, we’ll be standing on the shore for a long time to come.

Inclusive investment vs the excluded established

When it comes to investing in diversity, leaders feel damned if they do and damned if they don’t. Take Google, for instance: last year, an office in the tech giant’s headquarters was transformed into a lab for a non-profit called ‘Black Girls Code’ that helps girls from underserved communities build the skills for future careers in the tech industry. But the programme sparked an argument in itself about whether Black Girls Code segmented social coding more than it did promote inclusion.

In one comment, Judit Sharon, CEO at OnPage said:

“Nice idea Google, BUT aren’t we going backward here??? Why do BLACK girls who code need to have a separate lab??? Why can’t it be open to all girls in underserved areas? Why do we break it up by colour?”

Many others echoed this sentiment, questioning the need for titles based on minority groups and arguing that it did more harm than good.

Many others echoed this sentiment, questioning the need for titles based on minority groups and arguing that it did more harm than good. If that wasn’t bad enough, the launch of their lab in Google HQ earned the internet corporation a lawsuit from two white male former employees to claiming discrimination.

This brings to the fore another question altogether: do equality investments leave the stable group of society asking not to be left out? If the backlash over Google’s partnership with Black Girls Code Lab is anything to go on, the answer is yes.

But giving attention to one group who have historically been excluded from the talent pool due to systemic inequality and lack of opportunities should not be treated as an act of discrimination. While we all look forward to a day in which such initiatives are unnecessary, and diversity comes naturally, we can all agree that cultural revolution cannot happen without definitive action.

Considering the current imbalance in most businesses, equality investments aimed at promoting diverse talent are a short-term measure that is essential in levelling the playing field. In many cases, such initiatives prove worthwhile not only for the minorities themselves but for the wider business. A great example of this is Medtronic.

Over the years, the MedTech company has sustained a commitment to diversity by developing a series of employee resource groups for minority employees across the world. The result? 21% of senior management positions in 2018 were held by ethnically diverse talent and 34% of their overall US workforce, while women represented 37% of their leaders globally. With regard to financial performance, third-quarter results from 2018 beat expectations by 5 cents a share.

A boost in profitability doesn’t discriminate: when the business performs well, everyone gets to benefit. At a time in which tech talent is vital in building our digital economy, investing in under-utilised segments of the talent pool is essential in making pace towards the next industrial revolution – and it’s not as if Britain hasn’t done it before.

A boost in profitability doesn’t discriminate: when the business performs well, everyone gets to benefit.

Post-War Britain invested in the talent of Colonial countries to rebuild the nation when the total working population had fallen by 1.38 million between mid-1945 and the end of 1946. The effect? UK debt to GDP fell post-war due to continued economic growth and near full employment. This refocused workforce allowed Britain to become a world leader in technology sectors like aerospace, computer software, and as a provider of financial services.

In an era characterised by fast-paced technological advancement, and pressed talent pools, companies must once again tap into the potential that exists within minority groups and encourage their participation in the tech sector so that society can benefit from a valuable contribution that is not only cultural – making us not only collectively more accepting of others, but also economically stronger.

Culture shift is a beautiful thing, but behavioural change doesn’t happen by itself. While it’s true that diversity is slowly being embedded into our societal values thanks to the digital age and generations who have been raised in it, simply monitoring equality with little action is unlikely to have any meaningful impact for a while to come. If we are to build a better future and reap the rewards of technological advancement, we must invest in the people who can help us make it possible, regardless of colour, gender, sexuality, disability and economic background.

The Organisational Imperative: Join our virtual conversation with Tim He, Partner at Summa Equity
Read More 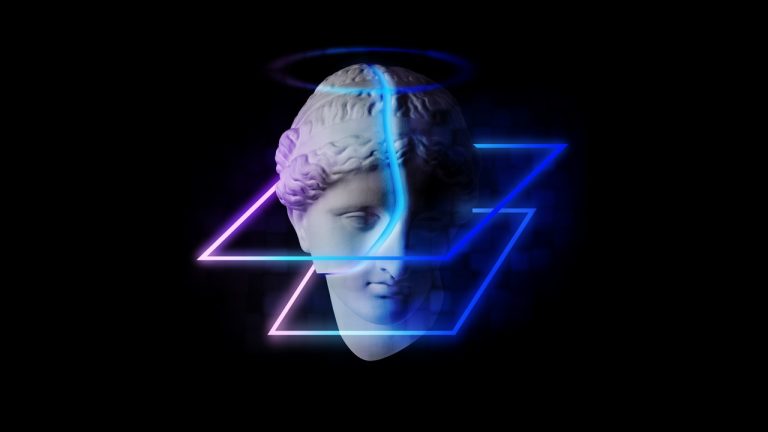 The People Strategist: is this the ultimate Chief People Officer archetype?
Read More