Mental health in tech: Are we there yet?

It is one of the most talked about subjects of the last few years and one which most, if not all, tech business leaders claim is right at the top of their people agenda. Yet, the prevalence of mental health problems within the sector remains unacceptably high. So, what can be done about it?

The statistics are alarming. While up to 10 per cent of the population reportedly experience depression and anxiety, that figure is multiplied five-fold (52 per cent) for those who work in the tech sector. Against this backdrop, it is clear to see why the need to address the issue of mental health within the tech space is a matter of urgency.

Awareness needs to be bolstered by actions

Critics will argue that the tech sector isn’t acting quickly enough. But that would be unfair as Stephen Waterman, COO at Hero is keen to point out.

Speaking to us ahead of the “A Healthy Bottom Line: Rethinking Corporate Health and Wellbeing” event hosted by 360Leaders, Stephen said: “Mental health is being taken seriously throughout the sector, and employers do want to look after their people.

Wellbeing used to be seen as ‘nice to do’ [but] tech leaders are now truly recognising how this can  help create a better culture and drive staff engagement which in turn boosts retention and attraction rates.” It is this which is particularly important.

Employment within the tech sector is at its highest levels since records began. Whilst this is good from an economic perspective, it presents a major challenge for many businesses: how to find the talent they need, when they need it. As Stephen explained, taking a strong approach to supporting people with their mental health can “make you a better company – one that talent will want to work for, and remain with.”

“Wellbeing used to be seen as ‘nice to do’ [but] tech leaders are now truly recognising how this can  help create a better culture and drive staff engagement which in turn boosts retention and attraction rates.”

Despite this, just eight per cent of boards are actively engaged in the conversation about mental health at work. Catherine de la Poer, Founder of Halcyon and executive leadership coach with 360Leaders, puts this down to, by and large, a “collision of generations”. Within fast-growth tech organisations, there is also a misplaced perception that “we hire the type of people who thrive under pressure.” In her experience; “it is often those exceptionally gifted employees e.g talented engineers, even Founders themselves who are most at risk.”

Many current business leaders are edging towards or already in the twilight of their careers, and as such, there is arguably “an inherent belief that one ‘just gets on with it’.” Theirs is a generation that says, “keep quiet”. But the generation that is now beginning to step into their shoes takes an altogether different approach.

For this group, Catherine asserts, the focus is very much on building “a supportive working culture. It is about building psychological safety based on mutual trust…and sharing one’s vulnerability – a problem shared, if you like.” In other words, the current generation of workers who are in the throes of scaling their careers are firm believers in “normalising the struggles that many of us face.”

This sentiment is echoed by Stephen Waterman. He added: “This generation wants to look after their people, and for their people to continue working for them. They’re saying to their teams, ‘We care about you as a person.’ It is an approach that makes both business and moral sense.”

Not only does positive mental health affect the bottom line, for fast-growing tech enterprises seeking investment in the form of venture capital or seed-funding, for example, taking the wellbeing of one’s employees seriously can position the organisation as a more attractive proposition.

“Investors are increasingly reluctant to invest if companies don’t have measures in place to support their people,” said Catherine. “There is a mounting body of evidence on the cost of private medical insurance, for example, as more employees are being signed off due to anxiety or other mental health issues.”

“This generation wants to look after their people, and for their people to continue working for them. They’re saying to their teams, ‘We care about you as a person.’ It is an approach that makes both business and moral sense.”

Previously, companies have struggled to understand mental health, but now, companies like Hero, leaders in wellness delivery and strategy, are giving businesses the tools to measure this – leading to healthier and happier workplaces.

If the figures are to be believed and half of all tech workers do experience a psychological health problem, this will invariably have an impact on said organisation’s ability to retain its top talent. Taking action to look after peoples’ mental health enables long service, boost productivity and reduces delays in project timelines.

Over the last few years, 360Leaders has seen a surge in demand for senior tech talent within organisations of all sizes ranging from fast-growing start-ups to the most inspiring tech unicorns (and those who aspire to be).

But demand continues to outstrip supply which means that employers need to be more strategic in their approach to hiring. A core component of this is a reassessment of their employer brand – a solitary gesture towards mental health is not enough. Talented candidates will be looking to see what companies can offer them, and if you’re able to offer strong health benefits – taking steps to openly encourage positive wellbeing – this will, in turn, strengthen your candidate attraction rate.

Indeed, as Stephen is keen to point out, mental health in the workplace has often been “largely narrowed to a very specific timeframe.” However, while Wellbeing Weeks and other such initiatives are absolutely to be encouraged, mental health is an ongoing issue and should be regarded as such.

Now, more than ever, the issue of mental health within the tech space needs to be addressed. If your organisation isn’t prioritising this, it’s time to consider how you can enable a healthy work-life balance, the right support network for employees and create an environment where people aren’t afraid to ask for help. These statistics are just the tip of the iceberg, and unfortunately, at the moment, we’re not doing enough as an industry.

Join us on 8th October 2019 to hear from Catherine, Stephen and two other leading health-tech pioneers on how business leaders can better understand the possible resilience towards mental health in their workplaces, how they can build a supportive culture, and ways in which this can and will positively affect the bottom line of the business itself. 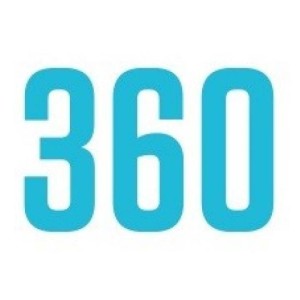 360Leaders are Executive Search specialists in technology with offices in London, Stockholm and Oslo. The firm focuses on providing impactful placements for C-Level and senior positions including CEOs, COOs, CCOs, CMOs, GMs, and VPs.
More from this Author